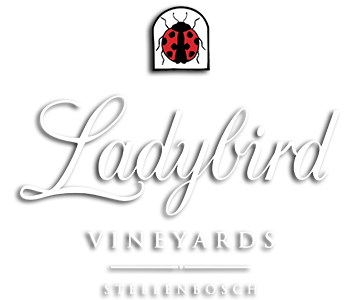 At Ladybird Vineyards we are committed to producing wines of outstanding quality, that best reflect the unique terroir and the microclimate of the Simonsberg ward near Stellenbosch, one of South Africa’s prime wine-growing areas. 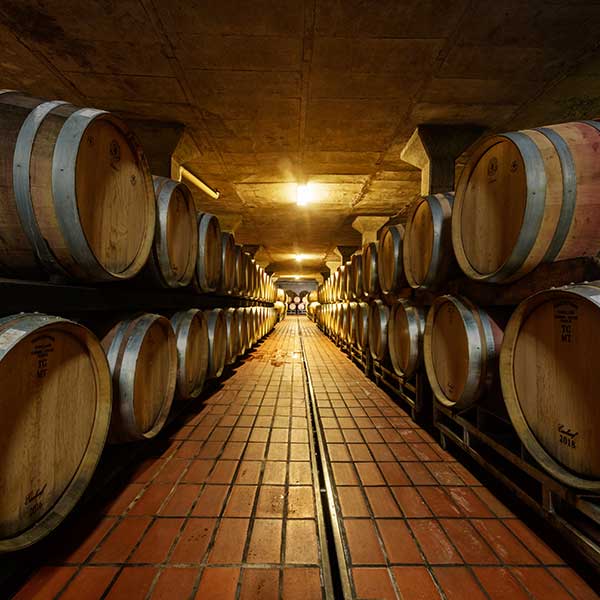 Learn more about our range of wines. View the current information and download the fact sheets 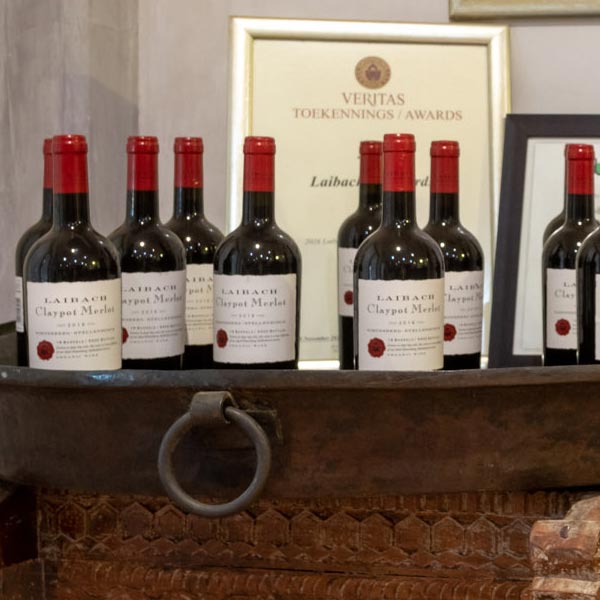 Our e-shop is available for deliveries in South Africa, and free shipping applies on orders over R2500. 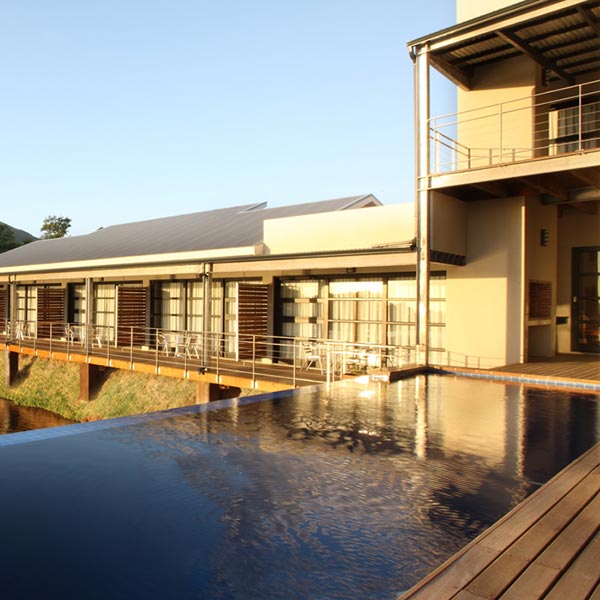 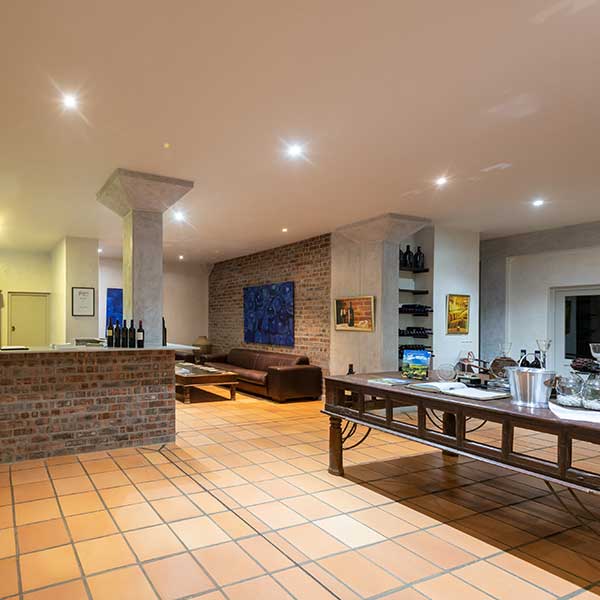 Tastings inside the tasting room, or an intimate patio and lawn overlooking the vineyards and dam.

Join our Wine Club for a 10% discount on all purchases.

Laibach, the Simonsberg estate that was purchased by neighbouring Kanonkop in January 2022, will in future be known as Ladybird Vineyards.

The new name of this 40ha property comes into immediate effect, with the current Laibach wine range to be phased out over the next 18 months, replaced by the Ladybird Vineyards brand of wines made from the property’s 36ha of vineyards.

The management team of Michael and Anél Malherbe remain on in their positions, as does winemaker Francois van Zyl.

According to Johann Krige, co-owner of Kanonkop Estate and Ladybird Vineyards, the acquisition of Laibach allowed for the creation of a new brand to herald in the next phase of this venerable Simonsberg property. 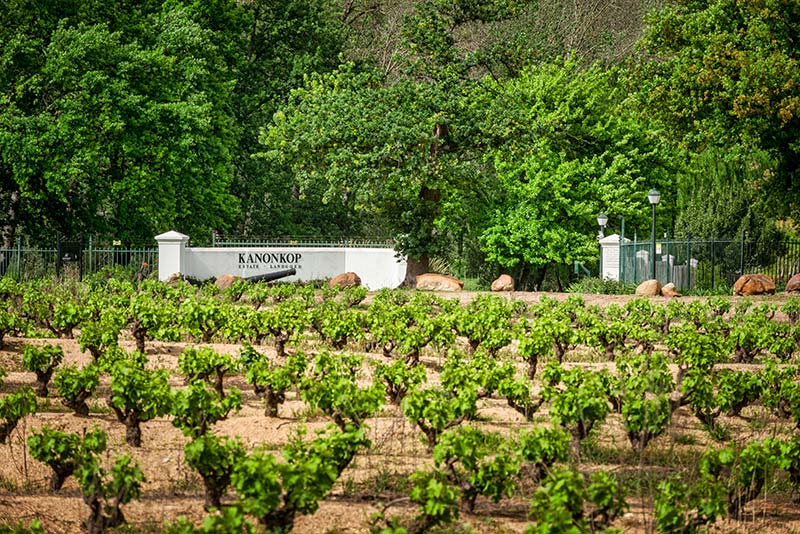 “The previous owners introduced the estate’s range of Ladybird wines which became one of the farm’s best-known features,” says Krige. “As new proprietors the Kanonkop team thus already have an established brand to work with in Ladybird.

This is a name strong enough to carry our new estate’s entire identity in a visible brand with which consumers can relate, especially as it carries the farm’s ethos of organic and sustainable farming.”

Ladybird Vineyards 36ha of organic vineyards include Chenin Blanc, Merlot, Chardonnay, Cabernet Sauvignon, Pinotage, Petit Verdot and Malbec. Current vintages will still be offered under the Laibach identity, but from 2023 the range will fall entirely under the labels of Ladybird Vineyards.

The farm’s signage has already been changed to include the new Ladybird Vineyards identity, with all digital, on-line and print communication displaying the new name.

Local distribution of Ladybird Vineyards’ range of wines will from 1 June be undertaken by DGB which also distributes the wines of Kanonkop Estate.Having overseen the first harvest since the sale of Laibach to Kanonkop, Krige says he and his team are extremely impressed by the quality of the fruit from Ladybird Vineyards and the efficiency of the cellar and the winemaking team.

“They say a change is as good as holiday,” says Krige, “and although any harvest is always hard work, myself and the Kanonkop team really enjoy the association with a new property delivering such a variety of organically farmed grapes as well as getting to grips with creating the new brand of Ladybird Vineyards.

While familiar wines such as the Ladybird White and Red, Sur Lie Chenin and Claypot Merlot still bear the Laibach association, we look forward to fully completing the changeover next year when all wines will be identified under Ladybird Vineyards.”

Visit Kanonkop.co.za
We use cookies on our website to give you the most relevant experience by remembering your preferences and repeat visits. By clicking “Accept All”, you consent to the use of ALL the cookies. However, you may visit "Cookie Settings" to provide a controlled consent.
Cookie SettingsAccept All
Manage consent

This website uses cookies to improve your experience while you navigate through the website. Out of these, the cookies that are categorized as necessary are stored on your browser as they are essential for the working of basic functionalities of the website. We also use third-party cookies that help us analyze and understand how you use this website. These cookies will be stored in your browser only with your consent. You also have the option to opt-out of these cookies. But opting out of some of these cookies may affect your browsing experience.
Necessary Always Enabled
Necessary cookies are absolutely essential for the website to function properly. These cookies ensure basic functionalities and security features of the website, anonymously.
Functional
Functional cookies help to perform certain functionalities like sharing the content of the website on social media platforms, collect feedbacks, and other third-party features.
Performance
Performance cookies are used to understand and analyze the key performance indexes of the website which helps in delivering a better user experience for the visitors.
Analytics
Analytical cookies are used to understand how visitors interact with the website. These cookies help provide information on metrics the number of visitors, bounce rate, traffic source, etc.
Advertisement
Advertisement cookies are used to provide visitors with relevant ads and marketing campaigns. These cookies track visitors across websites and collect information to provide customized ads.
Others
Other uncategorized cookies are those that are being analyzed and have not been classified into a category as yet.
SAVE & ACCEPT
0
0
Your Basket
Your basket is emptyReturn to Shop
Continue Shopping